Autumn of Modernism was a group show that was held at the Vleeshal, Middelburg and at the Temporary Gallery in Cologne in 2012. It was curated by Lorenzo Benedetti. Among the people taking part were Gwenneth Boelens, Martijn Hendriks, Katja Mater and Falke Pisano.

Among the works I showed was a tupperware box filled with rain water, a single worn out trouser hem and a poster with an image of a falling leaf, called To Write Falling Or To Fall Writing. There was also a text called The Crossing, that explores the relationship between walking, drawing and writing. I wrote the text on one of the walls in Cologne, and framed it as a drawing in the cabinets of the Vleeshal in Middelburg. You can read it here. In Middelburg, I also collaborated on a piece called 0868 with gerlach en koop, which was a reflection on an earlier collaboration on a raffle ticket for an exhibition at Duende.

You can find some more info about the show on the websites of the the Vleeshal and the Temporary Gallery. 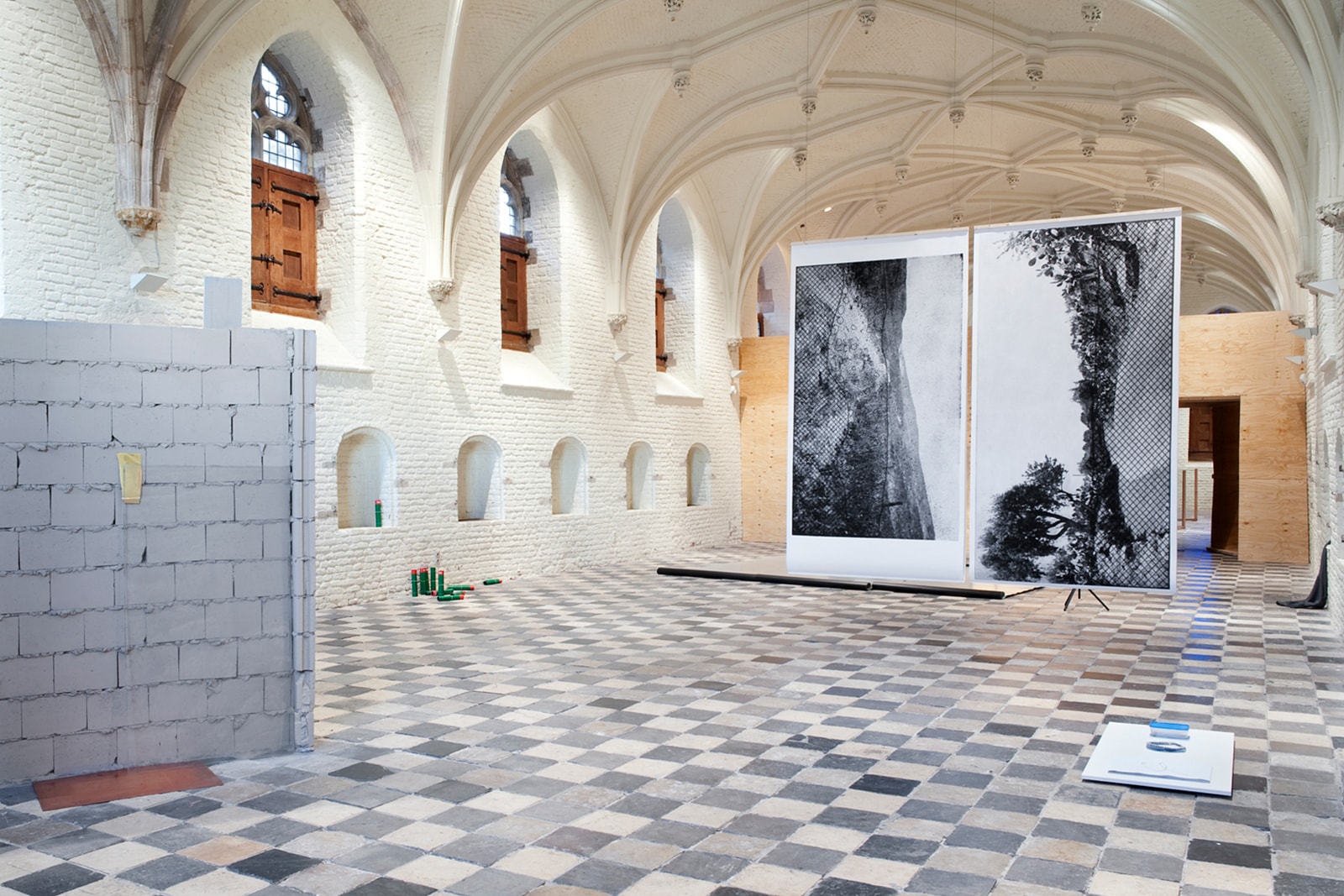 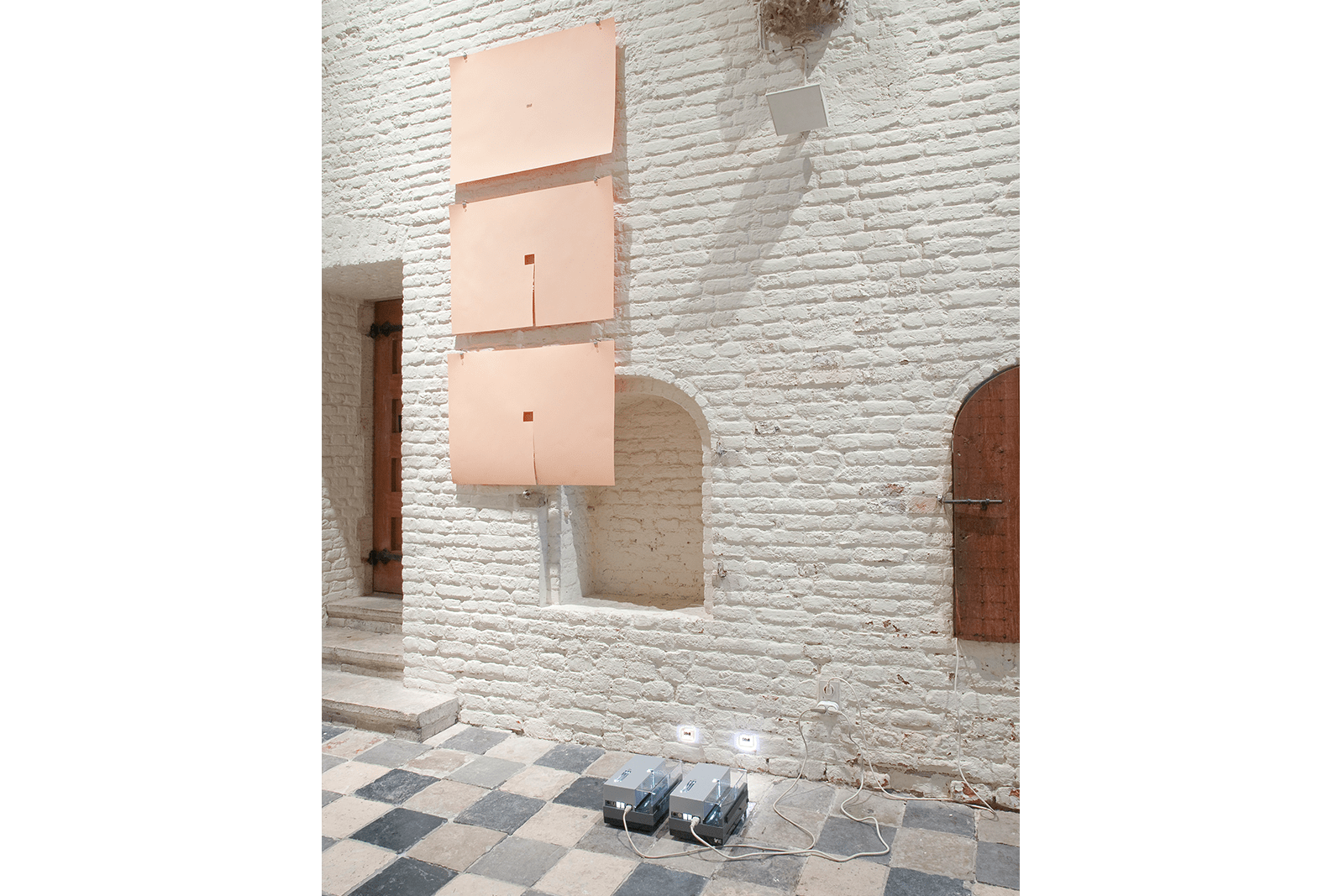 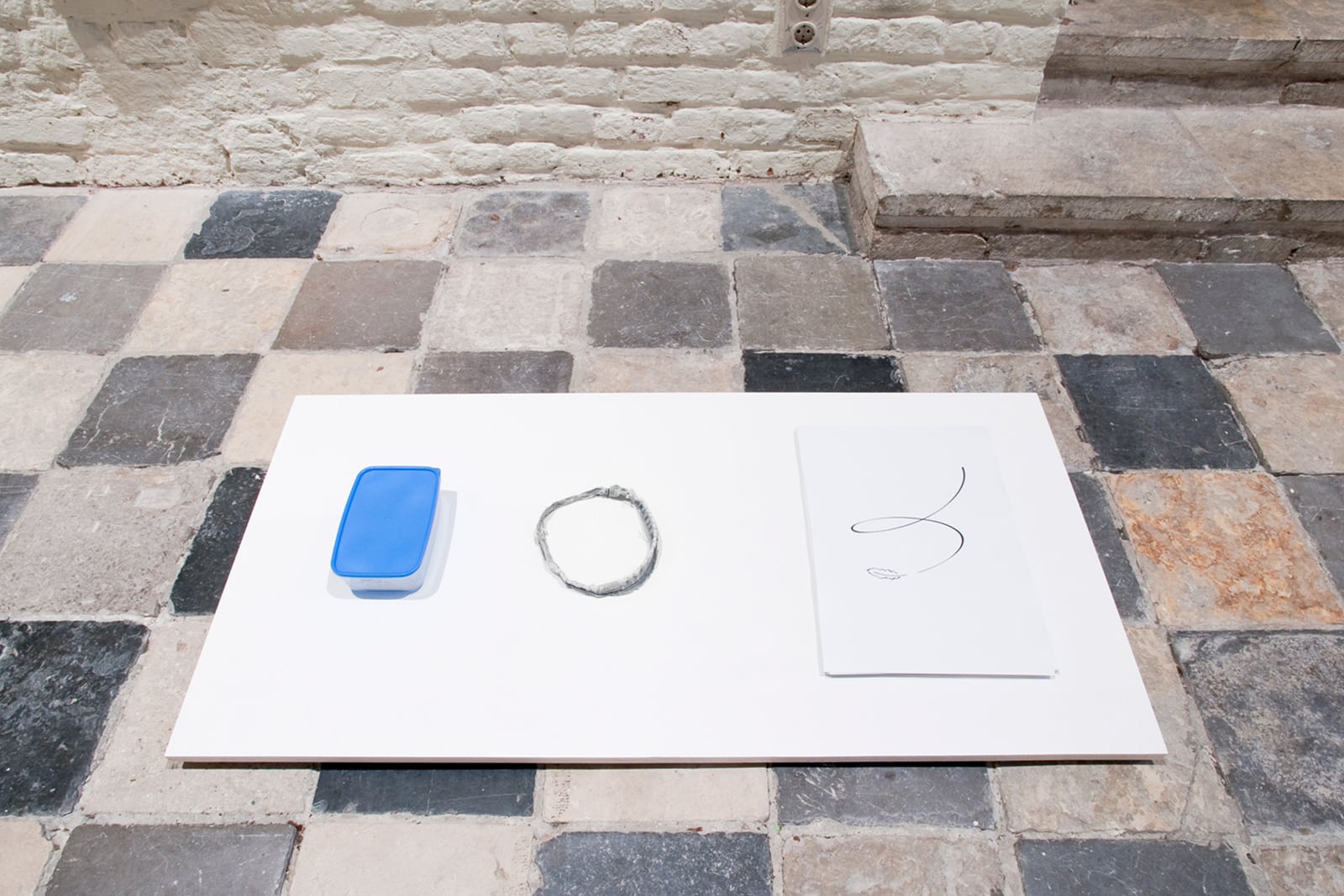 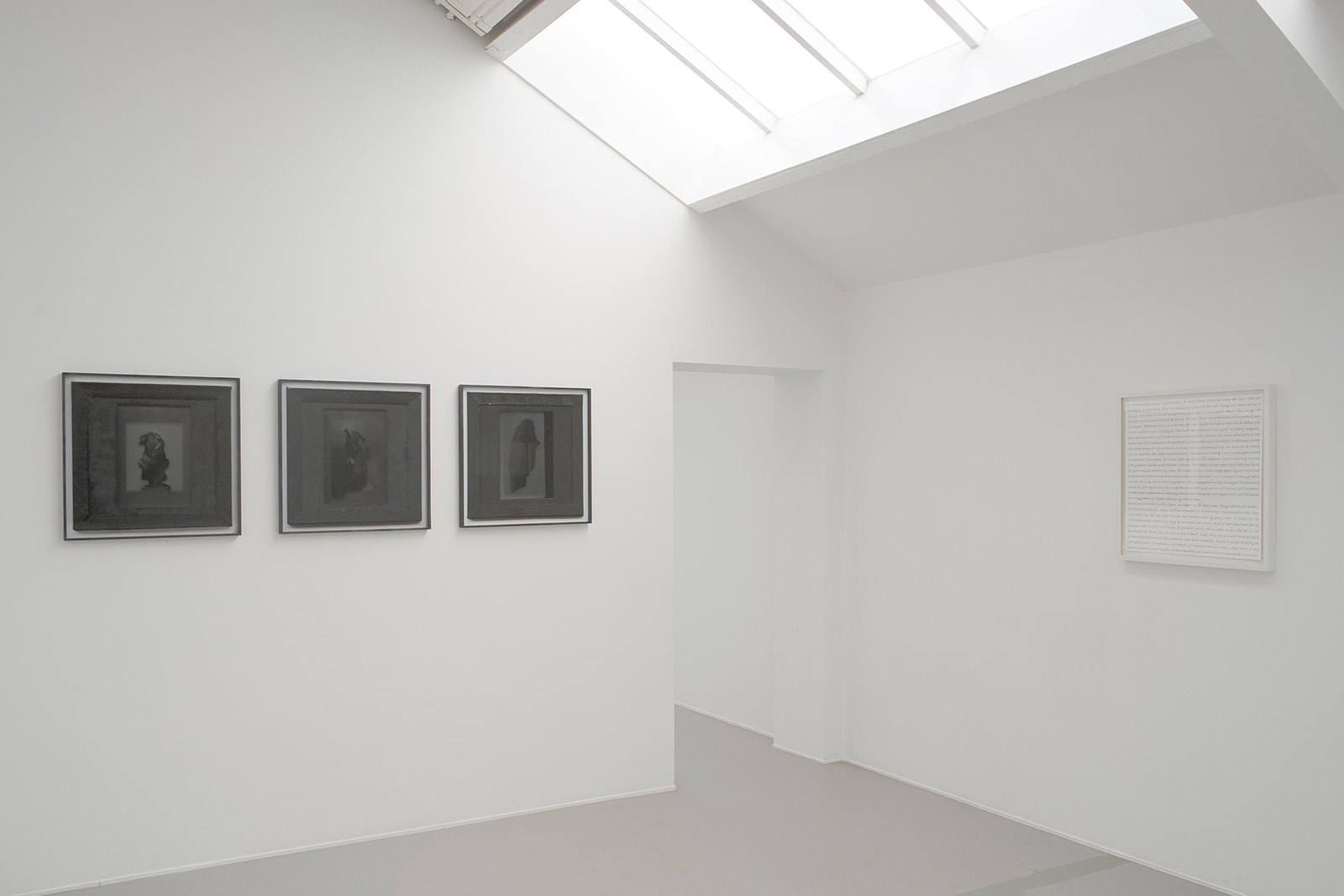 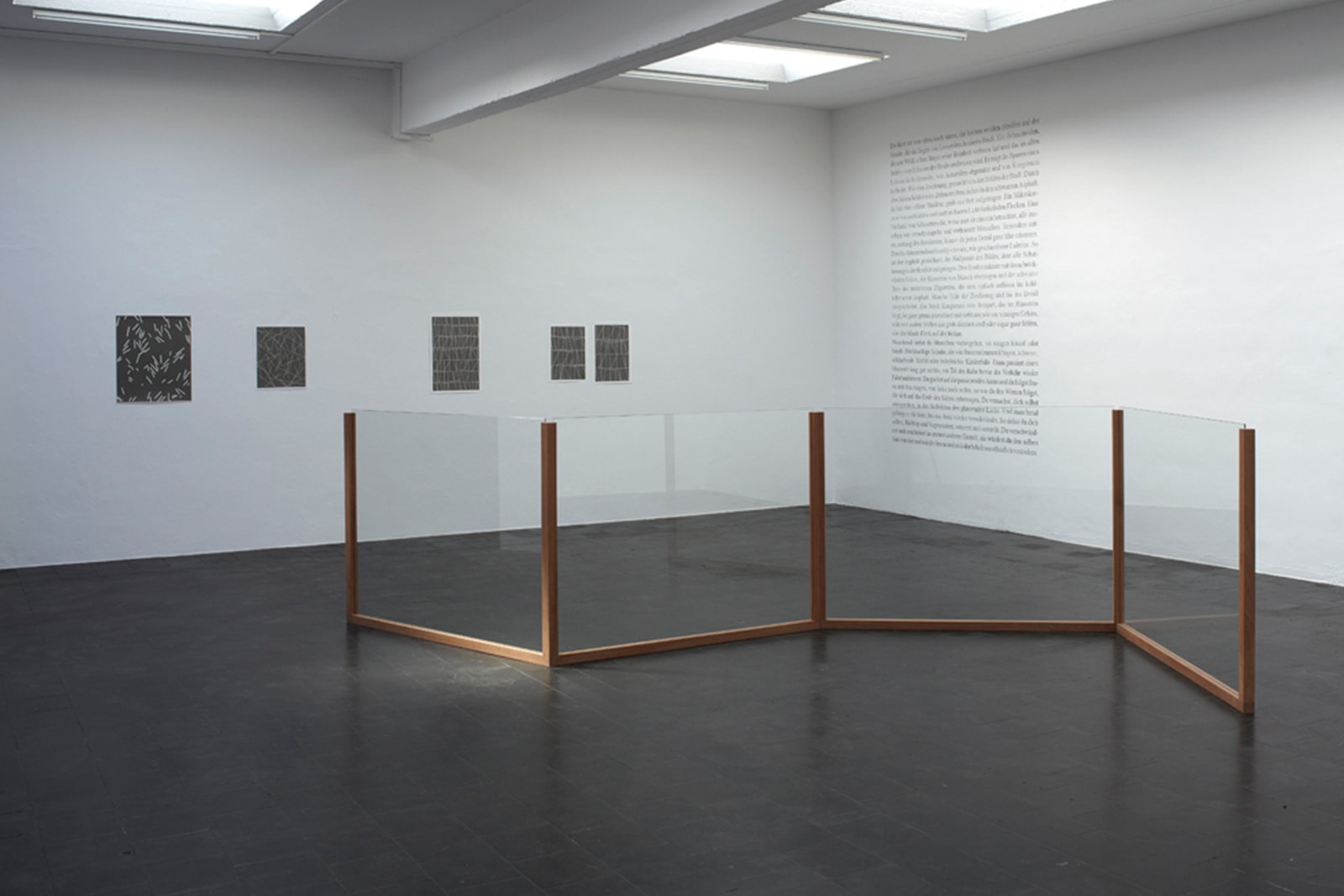 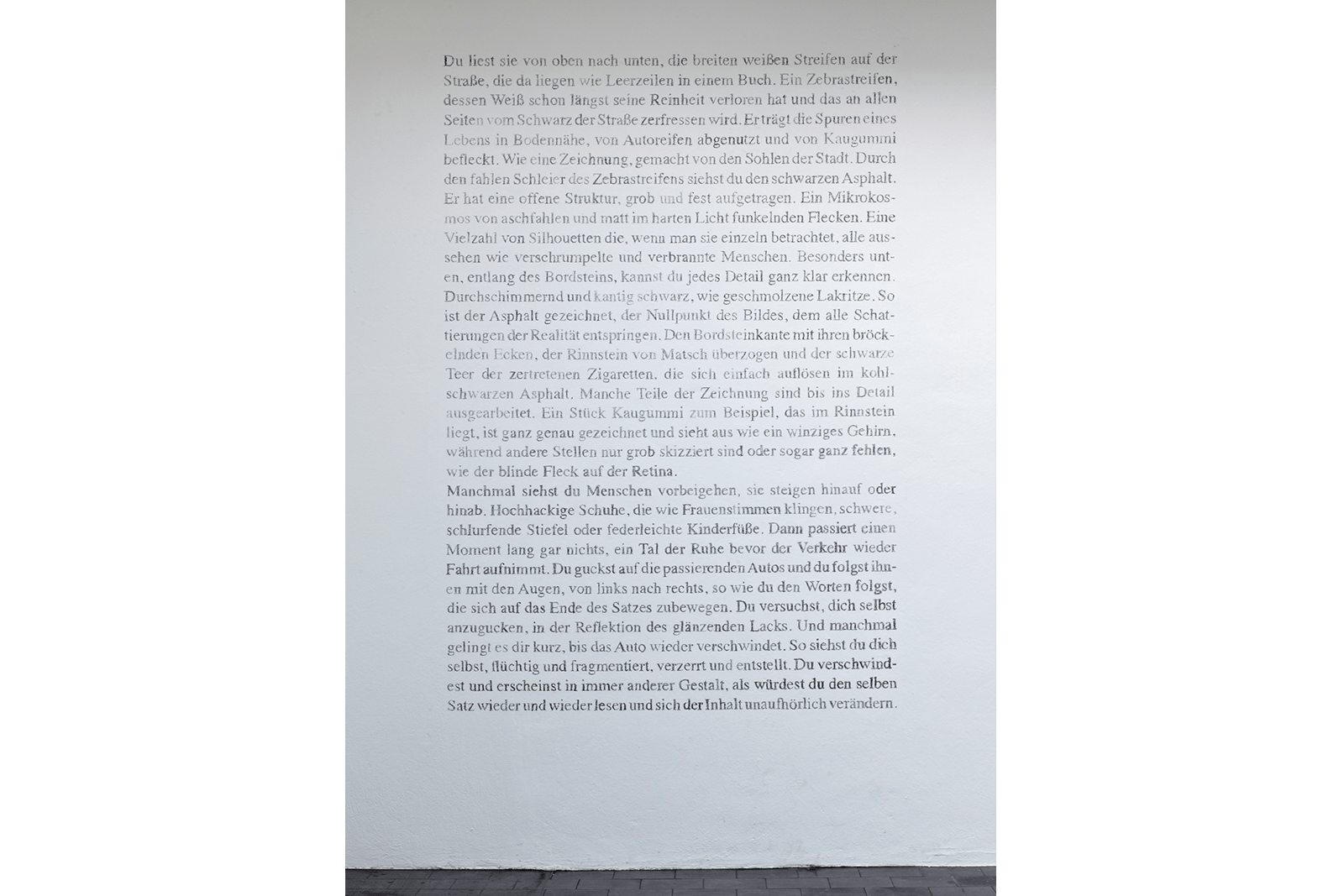